Passionate about interrogating, developing and devising new Australian work, Tim trained at the Western Australian Academy of Performing Arts and works as a writer, director, dramaturge and a devising theatre maker.

Tim is currently a commissioned writer for Riverside Theatres, Parramatta and The Art House Wyong to create a write a new play based on Colleen McCullough’s award-winning novel Tim due to hit the stage in 2023.

Most recently Tim saw his 2019 commission by Queensland Theatre to create a theatre script based on Trent Dalton’s Boy Swallows Universe come to life with a sold out production which premiered at the 2021 Brisbane Festival. In 2019 he was also commissioned by the Australian Chamber Orchestra (ACO) to write and direct a new work based on Margaret Wild’s There’s a Sea in My Bedroom which is due to hit the stage in July 2022.

In 2018 Tim stepped in as interim Director on Caleb Lewis’s Maggie Stone for the Eternity Playhouse, and wrote and directed Music for the Dreaming, a collaboration between ABC Classic FM and Sydney Opera House Presents. Tim also directed the ABC Classic FM/SOH Sounds like Australia earlier in 2018. He devised a new work for the SSO with Simon Tedeschi Who Needs A Conductor Anyway which premiered in March 2018. Tim was engaged by CDP to translate and write additional content for the Australasian version of Spot the Dog, set to tour nationally in 2019.

Between 2005-2017 Tim was a Creative Director and Producer at Monkey Baa Theatre Company, one of Australia’s largest touring companies for young audiences, where he co-wrote and produced nearly 20 new Australian works, including the critically acclaimed Goodbye Jamie Boyd, award winning Jackie French’s Hitler’s Daughter and Sonya Hartnett’s Thursday’s Child. Tim directed multi award winning The Peasant Prince – The True Story of Mao’s Last Dancer, which toured 36 theatres nationally. He assistant directed on Tim Winton’s The Bugalugs Bum Thief and was the remount Director on The Unknown Soldier, a new Australian play written by Sandra Eldridge. In 2017 he worked as dramaturgical consultant on Randa Abdel Fattah’s Where the Streets Had a Name.

In 2013 Tim was engaged by CDP Producers to write and direct several works for the Sydney Opera House Baby Proms Program including Swing Baby Swing featuring Wayne Scott Kermond and The Nutcracker (co directed with choreographer Adrian Burnett). He co-devised The Pirate Ship (script) for Urban Myth Theatre Company SA, A More Fortunate Life for Theatre Ink and EscapAIDS for the One Night Stand Theatre Company, a work which targeted both young people at risk and the WA prison population about HIV AIDS. He is devised a new work for the SSO Education with Simon Tedeschi called Who Needs A Conductor Anyway , which premiered in 2018. 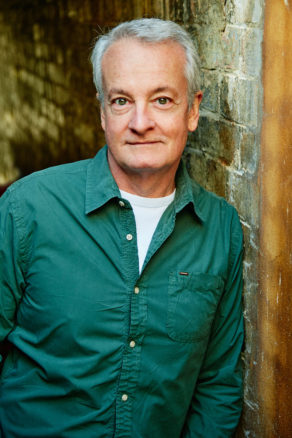