Alison is the co-creator/co-writer/producer/director and star of the award winning ABC and Netflix co-production The Letdown. Together with her co-writer on that project, Sarah Scheller, Alison won the 2016 AACTA Award for Best Television Screenplay. The Letdown also won the AACTA Award for Best Comedy Program for both seasons 1 + 2 (20017 + 2019). Alison’s performance was recognised with the AACTA for Best Comedy Performer for her work in the second season of The Letdown, her fourth performance nomination. Her other nominations include the 2019 AACTA Award for Best Direction in a Television Comedy or Drama for her TV directorial debut, (The Letdown) and she looks forward to more directing in the future.

Most recently Alison developed and led the writing team on the critically acclaimed Binge series, LOVE ME, also now streaming on Hulu in the US. Prior to The Letdown Alison was perhaps best known for her dramatic work on the stage, for which she won multiple Helpmann and Greenroom Awards, as well as her starring role in the AACTA Award winning comedy Laid. She has guest starred in many Australian series and her US credits include the HBO’s The Leftovers, No Activity for CBS All Access and the reboot of Steven Spielberg’s Amazing Stories on AppleTV+. She’ll next be seen in the upcoming SBS drama, New Gold Mountain.

Additional to her lauded acting career, Alison has worked as a screenwriter for production companies Giant Dwarf, Wooden Horse, Endemol Shine and Merman. She has been a script consultant on stage projects with Belvoir, MTC, Malthouse and STCSA. She’s worked as an assessor for Playwrighting Australia, and has consulted on many short film scripts, most notably editing the screenplay and starring in Daroius Devas’ Meeting Susan which premiered at the Sydney Film Festival in 2014.

Alison has recently written for Marie Claire and Vogue Australia. She’s been commissioned by Malthouse Theatre to write her first play, and currently has television projects at various stages of development both in Australia and the US, with Revlover, Sharon Horgan‘s Merman, Aaron Kaplan’s, Kapital Entertainment, EKO, and the FX Network. Her current slate of projects involves IP adaptation, original creation, comedy and drama. 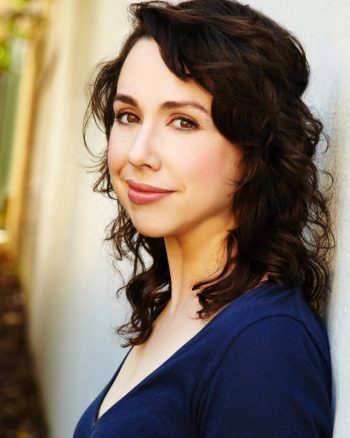