Aarne has been involved in the Profession since 1962.

He has directed well over 300 productions covering the whole classical and contemporary repertoire; and specializing in new writing.

He has worked for most of the major theatre companies, and taught at leading tertiary institutes (both vocational and academic) in New Zealand and Singapore and throughout Australia.

Most notably, he has held the positions of Artistic Director of National Theatre Co. Perth, Hunter Valley Theatre Co., and Hole in the Wall Theatre Co.; Head of Theatre Department at WAAPA; and Senior Fellow at the National University of Singapore.

Since 2001, he has also worked in television, directing on drama series such as Blue Heelers, All Saints, MDA, Home and Away, Neighbours, and Out of the Blue.

He has been the recipient of various awards in Sydney, Perth Newcastle and Canberra. Most recently an Order of Australia (AM) for his work as a director and educator in theatre and television.

Currently he is working as a freelance director and teacher. 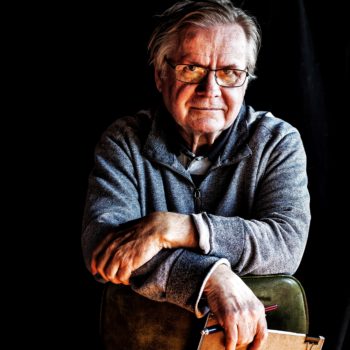 — Essington Lewis : I am Work (Belvoir)