She quickly became the go-to girl for TV drama in Australia starring in Always Greener, McLeod’s Daughters, Winners and Losers and Nowhere Boys. More recently, after the huge success of Upper Middle Bogan, in which she played the much loved and feisty Amber Wheeler, she has been in high demand for comedy and television with the upcoming Bad Mothers for Channel 9, Hamish and Andy’s True Story, Luke Warm Sex and Get Krack!n. Michala’s film credits include That’s Not My Dog, Ned, Scooby Doo and Nowhere Boys: The Book of Shadows. Michala is also a writer, a founding member and co-artistic director of Green Room nominated theatre company, The KIN Collective, and producer on the groundbreaking documentary, The Show Must Go On.

Michala’s skills have naturally moved her off camera to MC, Hosting and Presenting duties, with her natural charisma and being a talented improviser she has found herself presenting at many events such as the AACTA awards, DGA Awards and Co-Hosting the Casting Guild Awards. Michala has also been a MC at many events which has included most recently an end of year event for Kmart.

Michala has also crossed over to Radio where she has regularly been a guest or co-hosted on a number of programs including The Matt & Jo Show (Fox FM), Chrissy Sam and Browny (Nova) and Hamish & Andy (Fox FM). 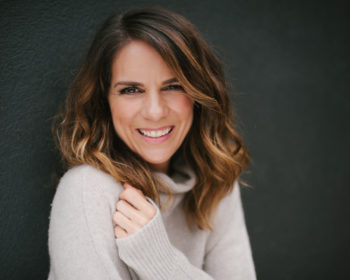