Jonathan Biggins is a writer, corporate MC and speaker, performer and broadcaster. As a corporate MC and speaker, Jonathan has hosted the AFI Awards, APRA Awards (the awards night for the nation’s songwriters), The Helpmann Awards, Parramatta Riverside’s 20th Anniversary Gala, product launches, charity events, several national and three international conferences for AMP as well as many appearances for KPMG, ICI, Commonwealth Bank, ABN-AMRO and the Art Gallery of NSW.

He has worked for all the state theatre companies in productions ranging from David Williamson’s Soulmates to West Side Story. 2003 saw his debut with Opera Australia in Orpheus in the Underworld – he also co-wrote a new adaptation of the libretto. He is Director of The Wharf Revue for the Sydney Theatre Company, featuring in (among others) the sell-out Sunday in Iraq With George, Stuff All Happens and Revue Sans. In 2010 Jonathan won the Helpmann Award for Best Direction of a Musical for his production of Avenue Q.

Jonathan has hosted the afternoon radio shift for Sydney’s 702, co-wrote and performed in Three Men and a Baby Grand for ABC TV and hosted Critical Mass, the ABC’s weekly arts programme. He has also hosted An Audience with Stephen Sondheim (nominated for a 2008 Helpmann Award for Best Special event). Jonathan has been seen on TV as a recurring guest panellist on Spicks and Specks.

Jonathan has written for Fairfax’s Good Weekend magazine, Australian Wine Selector and is the author of four books, including The 700 Habits of Highly Ineffective People. 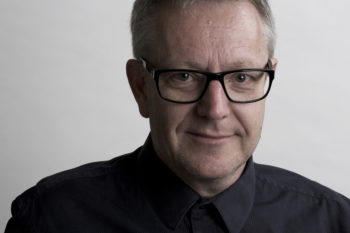