Celeste is an actress, writer, comedian and internet sensation.

Hailed as the “Australian Queen of Comedy”, Celeste’s original celebrity parody Instagram account has attracted over 7.2 million followers including Reese Witherspoon, Amy Schumer, Chelsea Handler, Cindy Crawford and Tom Ford with her posts regularly shared by Kim Kardashian! Celeste won the ‘Funniest Lady on Instagram’ Award 2017 on WhoHaha.com; a digital platform co-founded by actor, director, producer, Elizabeth Banks which showcases women in comedy around the world. In 2019 she was included in Variety Magazine’s prestigious ‘Variety’s 10 Comics to Watch’ Awards.

An MICF Raw Comedy state finalist for her sold out Sydney Comedy and Fringe Festivals shows in 2015, Celeste’s one woman show; Celeste Barber Challenge Accepted! premiered in Sydney in June 2017 and has gone on to three sell out seasons in the US. In 2019 Celeste Barber Challenge Accepted! performed at the Just for Laughs Festival in Montreal. Her New York show at The Grammercy was recorded for her first Showtime special before continuing with a sell-out debut season in the UK and Europe. Her show then returned to Australia and New Zealand in September 2019.

Celeste’s podcast Celeste & Her Best is currently in release via Luminary.

Her many guest appearances include Jimmy Kimmel Live! with Jimmy Kimmel, Interview with Andrew Denton, Lights Out with David Spade, The Wendy Williams Show, HARRY!: with Harry Connick Jr, The Project, The Today Show, The Morning Show along with coverage from national and international media outlets and radio networks.

In early 2020, Celeste used her platform to raise $52 million for the NSW RFS during Australia’s most devastating bushfire season. She also hosted the Fire Fight Australia event which raised more funds to help those affected by the fire. 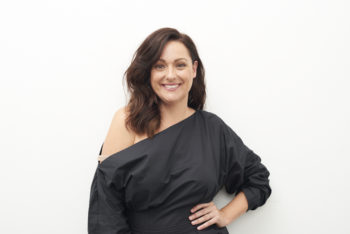